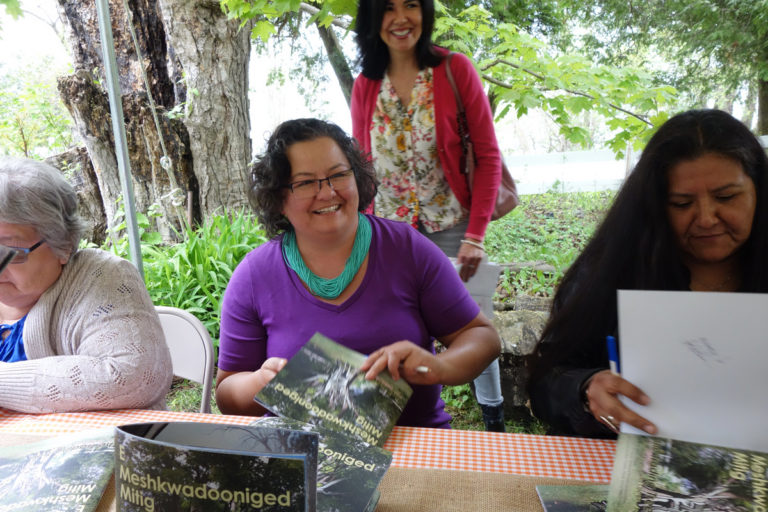 GEORGINA, ON May 30, 2019: Yesterday, a group of supporters, donors, children and government officials were treated to a reading of The Trading Tree, a newly published children’s book written in both English and Ojibway.

The Trading Tree tells the story of a very old sugar maple standing on the shore of Lake Simcoe from the days when Indigenous and early settler families traded goods and stories, to a recent project of Indigenous and non-indigenous children building a series of rain gardens to honour the tree’s history. 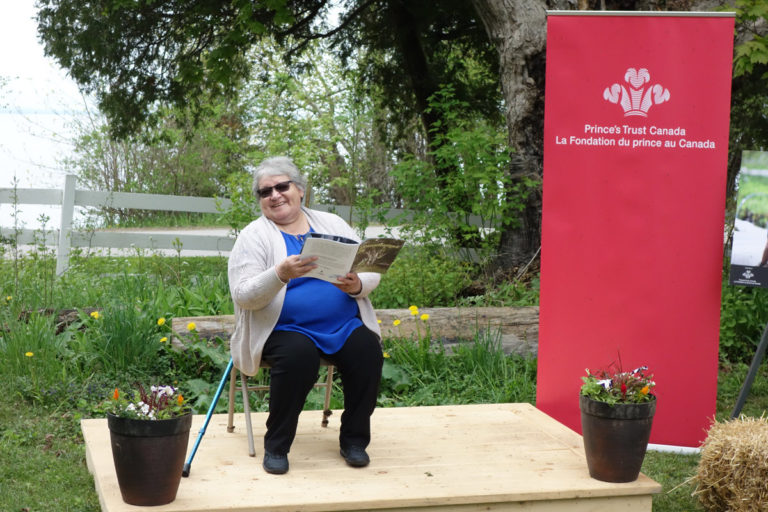 It’s the latest children’s book released by Prince’s Trust Canada, a national charity established by HRH The Prince of Wales. It was produced in partnership with ClearWater Farm, a project of the Ontario Water Centre.

“Since 2016 we have published 84 book titles in 16 Indigenous languages and distributed more than 22,000 copies. This book is a reflection of our ongoing commitment to supporting the revitalization of Indigenous languages across Canada,” said Sharon Broughton, CEO of Prince’s Trust Canada.

Children from local schools will receive their own copy of the book. Additional copies will be available for purchase at ClearWater Farm.

Our mission is to deepen young people and their families’ connection with the natural environment, marrying the arts, science and technology to cultivate a more sustainable future. We all need kids to have meaningful outdoor experiences so they grow up feeling responsible for protecting the natural world. ClearWater Farm provides kids with fun, compelling learning opportunities that build character, curiosity and a love of nature. To that end we are breathing new life into an historic shoreline farm as a centre for place-based experiential learning. clearwaterfarm.ca/