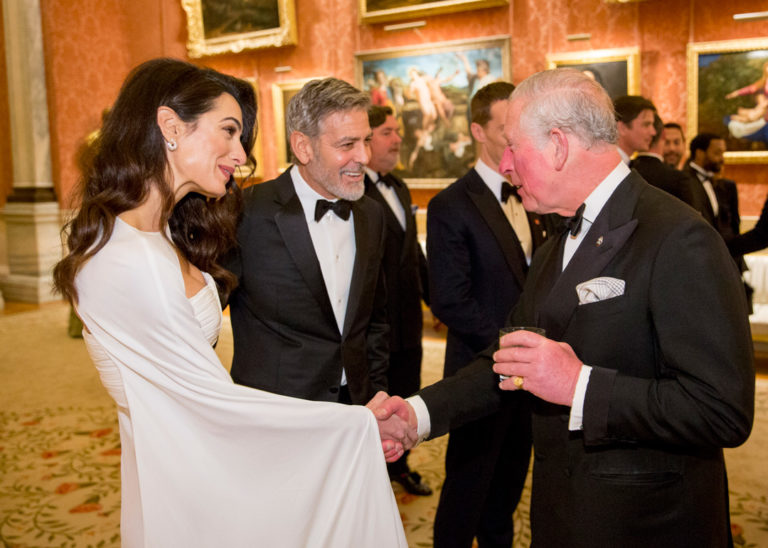 The Amal Clooney Award will highlight the work of young women who have succeeded against the odds to make a lasting difference in their communities. Amal will personally select one young winner to be presented with the award a year from now, in 2020.

The award will shine a light on the unsung heroes who are the driving force behind initiatives that are helping their communities to thrive. These could include anything from sustainable farming schemes, to community projects in refugee camps, to rebuild-work in war zones.

Amal Clooney says: “I am honoured to have been invited by Prince’s Trust International to participate in this global initiative celebrating young women who are change-makers in their communities. It is a privilege to be able to play a part in a project that will draw attention to incredible young women who are the future leaders of our world”.

Prince’s Trust International and the network of Prince’s Trust charities in the UK, Canada, Australia and New Zealand will all encourage the search for young women whose work, whether official or unofficial, has made a significant impact on their communities. The Amal Clooney Award is open to any young woman between 11 and 30 and is open to both those who have and have not been beneficiaries of The Prince’s Trust Group.  More information can be found at www.princestrustinternational.org

Prince’s Trust International is committed to helping young people of any background, facing any challenge that prevents them from living their light. Through its partnership with Amal Clooney, the charity aims to tell the positive story of young women worldwide.

Amal Clooney is a barrister who specialises in public international law, international criminal law and human rights. She is ranked as one of the top lawyers in the UK in her field and has previously served as a senior advisor to Kofi Annan when he was the UN’s Envoy on Syria. Amal was recently appointed to the UK Attorney General’s expert panel on public international law. Prior to joining the London Bar, Amal worked in The Hague, and is also admitted to the New York Bar.

Amal and George Clooney joined The Prince of Wales for a dinner celebrating The Prince’s Trust at Buckingham Palace on Tuesday 12th March. Sharon Broughton, CEO of Prince’s Trust Canada, was pleased to personally thank Amal at the dinner.

Group Chief Executive of The Prince’s Trust, Dame Martina Milburn DCVO CBE, says: “Through the work of the Prince’s Trust Group around the world, we see every day the struggles and the triumphs of women everywhere. We are delighted to be working with Amal to shine a light on their passion and celebrate unsung female heroes everywhere.  There is so much we can achieve together to help young people, and their communities, all over the world.”

Prince’s Trust International was founded by His Royal Highness The Prince of Wales in 2015 to share the successful programmes of youth charity, The Prince’s Trust, which over 43 years has helped more than 920,000 disadvantaged young people across the United Kingdom to turn their lives around and supports over 100 young people each day; three in four young people supported move into work, education or training.

About The Prince’s Trust Group: