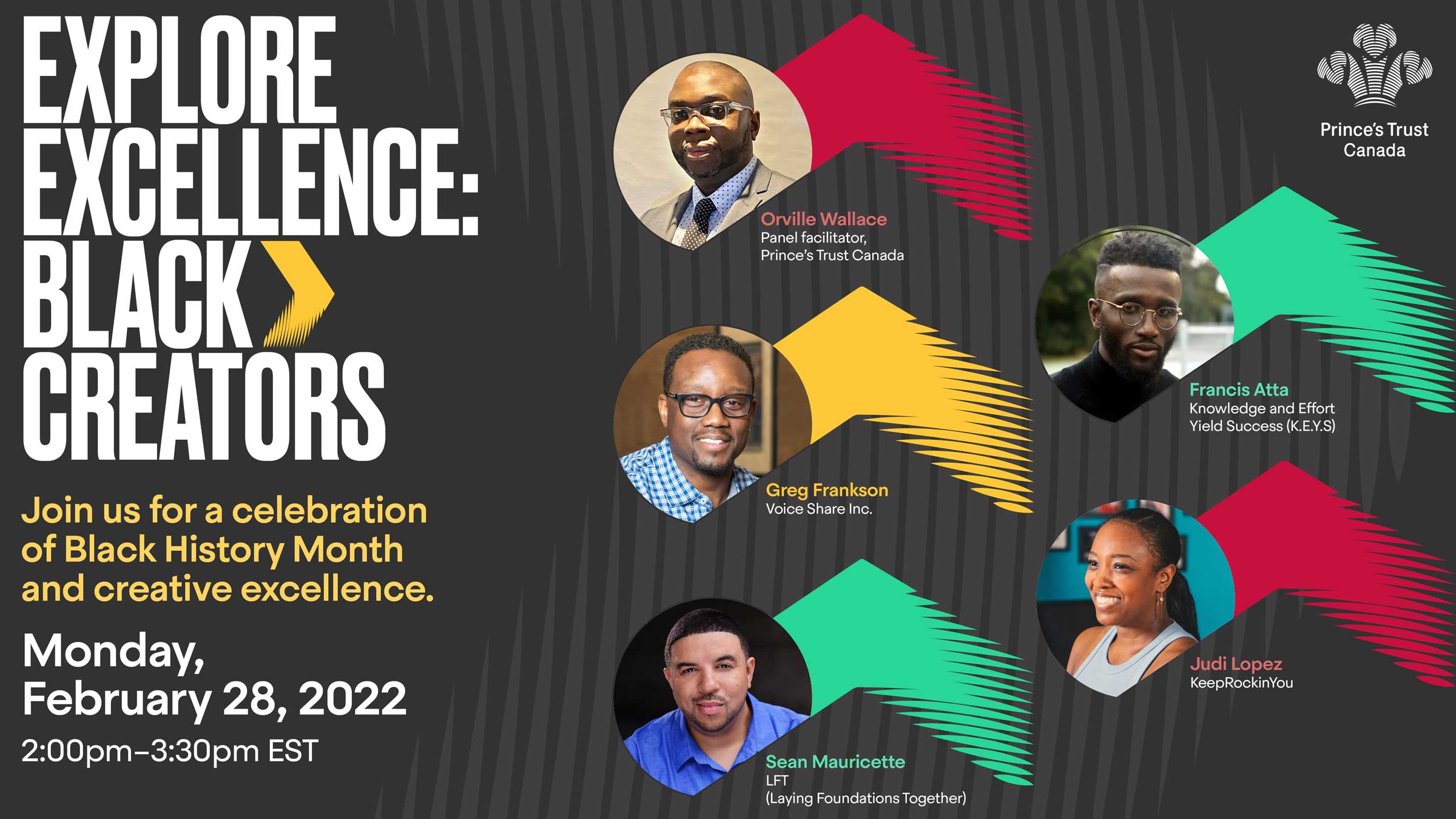 Please submit questions for the panelists when completing your registration below.

Francis Atta is a Registered Social Worker, Community Worker, Mental Health Activist and Author. He is the Founder of Knowledge and Effort Yield Success (K.E.Y.S.), an organization that provides keynote speeches, workshops and programs to empower, inspire and encourage individuals to pursue their goals. He is the recipient of over 30 prestigious Canadian Awards, including; the 2016 Harry Jerome Award.

A. Gregory (Greg) Frankson, a.k.a. Ritallin, is an educator, writer, activist, and consultant. He is the founder of Voice Share Inc., which focuses on helping individuals and teams strengthen their inclusive leadership and effective communication skills to accelerate transformative change. Since 2004, Greg has featured in numerous audio recordings, videopoems, public speeches, articles, anthologies, and literary journals, published four poetry collections, and edited the widely acclaimed AfriCANthology: Perspectives of Black Canadian Poets. He is a 2012 national poetry slam champion, a 2013 inductee to the VERSe Ottawa Hall of Honour, and was named Best Author in the 2021 ByBlacks.com People’s Choice Awards. Greg is passionately focused on living according to his personal mission statement – to present the vision that inspires others to positively change the world.

Judi Lopez is the Founder and Collective Director of KeepRockinYou. Judi is a community engager, dancer, and educator for the arts in building a presence in the Toronto Hip Hop community. Her work expands to Project Manager for the Toronto B-Girl Movement, Manifesto Community Projects as former managing director, programmer for Breakin' Convention festival, co-producer of Open Art Surgery Toronto, and Ladies of Hip Hop Toronto.  With a masters' degree in Dance Studies from York University, her knowledge and leadership qualities have given her many opportunities to speak about Hip Hop and arts for social change.

Sean Mauricette has been an actor, musician, educator, and motivational speaker for more than a decade. A graduate of University of Toronto’s Faculty of Architecture, Sean was presented with the 2012 Medal of Appreciation for his work with youth from the United Nations Association of Canada.

After spending years as a motivational speaker, Sean branched out and began delivering his presentations to corporations. A combination of his various speaking engagements and personal experiences, these talks focus on how to address anti-Black racism in the workplace, while offering collaborative solutions on how to dismantle racial bias.  Through performing, lecturing, and mentoring, Sean continues to cement his role as an active leader in the global community. Please join me in welcoming our guest speaker, Sean Mauricette.